ODYSSEY can now handle your green ammonia and/or methanol project!

ODYSSEY can now handle your green ammonia and/or methanol project! 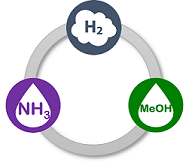 An increasingly number of very large green hydrogen production projects are emerging around the world, particularly in desert areas with close access to the sea. Most of them aim to enhance the production of electricity from photovoltaic and/or wind renewable sources and to store this energy using hydrogen.

Transporting this hydrogen over long distances remains a challenge due to the very large required storage volumes. The gaseous state seems definitively eliminated from the competition and in many projects, interests in combining hydrogen to form more easily transportable molecules arise.

To evaluate these opportunities, SEED-Energy has enriched its software with these new conversion technologies and their related controls, such as ammonia and methanol.

To illustrate, here are two examples of system architectures: the first to produce ammonia, the second for the production of methanol: 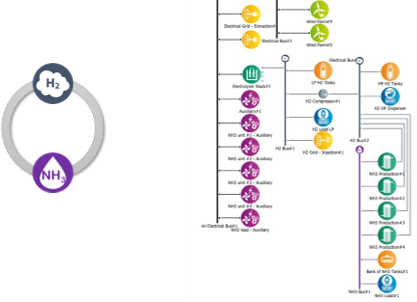 This system mainly consists in: 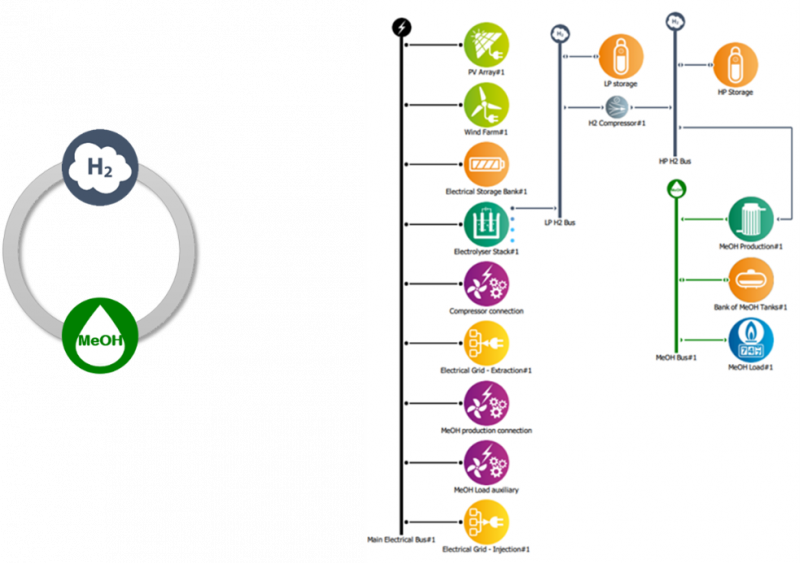 This system mainly consists in:

You have projects involving these technologies and would like to evaluate the interest of using ODYSSEY for your technical and economic feasibility studies? Do not hesitate, contact us!

We support you in your hydrogen projects!